HomeShowbizCristiano Ronaldo's partner Georgina looks stunning on the red carpet of the...
Showbiz 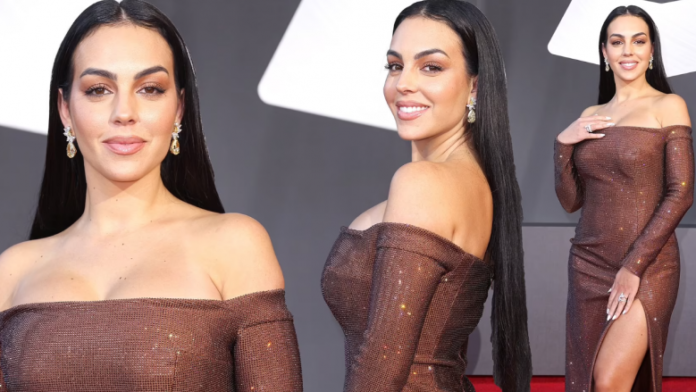 Georgina Rodriguez looked stunning as she arrived at the 23rd Annual Latin Grammy Awards held at the Michelob Ultra Arena in Las Vegas on Thursday (November 17).

The 28-year-old girlfriend of Cristiano Ronaldo was seen wearing a shimmery brown dress with a daring thigh-high split detail as she posed on the red carpet.

Georgina sported two dazzling rings and diamond earrings, which stood out as her black hair was tucked behind her ears. Her elegant look was completed with beige heels.

“The 2022 Latin GRAMMYs promise to honor the legacy, celebrate the present and embrace the future of Latin music with a purposeful conscience that gives it to future generations of music makers,” the official website said.

Meanwhile, it was revealed in September that Georgina will tell fans in the second series of her hit Netflix show about her prosperous life and how her family brought her back from the brink of despair following the death of one of her twins. her.

Netflix has confirmed that ‘I Am Georgina’ will return soon, but has yet to announce a release date.

The Argentinian-born beauty and her partner of six years, who confirmed their loss on April 18, named their surviving daughter Bella Esmeralda. In addition to the twins, the couple has four other children.

Ivana Knoll shines even after the World Cup

The star of ‘Gangsta’s Paradise’, Coolio passed away at the age of 59