HomeSportsHaaland with hat-trick leads City to victory against Wolves
Sports

Haaland with hat-trick leads City to victory against Wolves 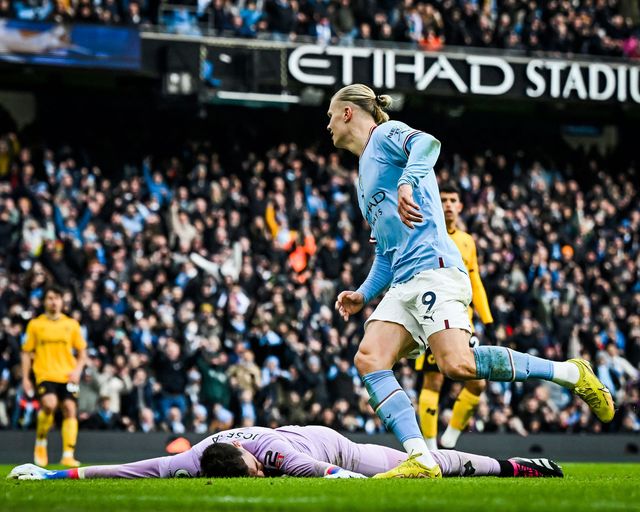 Manchester City has won the next Premier League.
The reigning champion easily defeated the Wolves team 3:0

Even in this meeting, as in almost every one in this edition, Erling Haaland shone.

This was the Man City star’s fourth hat-trick this season.

First, he headed in the 40th minute and gave the lead to “Citizens”.

So the first half ended 1:0 in favor of the locals.

Even in the other 45 minutes, City played better.

They found the goal twice more through the tall striker, Haaland.

In the 50th minute, the penalty was correct and doubled the result.

Then four minutes later after a good assist from Riyad Mahrez the Norwegian made it 3:0.

Wolves created a few scoring chances, but not enough to shake Ederson’s net.

With this victory, Man City is in second place with 45 points.

And Wolves are in the 17th position with 17 points.