HomeShowbizPique and his new girlfriend enjoy a day on electric scooters in...
Showbiz 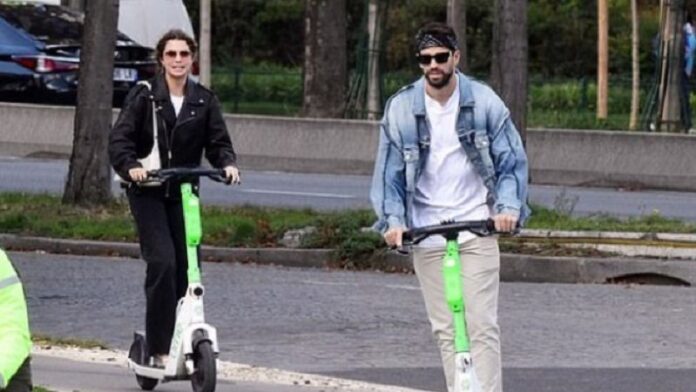 He announced his split from Shakira in June after 11 years together amid reports that he had cheated on the Colombian star.

And Gerard Pique appears to have firmly moved on from his former long-term relationship after enjoying a day out with new girlfriend Clara Chia Marti, 23, during a romantic break in Paris.

The 35-year-old footballer and Clara were riding electric scooters in the French capital.

The pair looked in great spirits as they zipped around the city on a scooter.

The football player appeared in a gray jacket and pants, as well as wearing a scarf on his head and, among other things, sunglasses.

His girlfriend also chose a simple look for this appearance, dressed in black and glasses.

The footballer and the student who works in his company ‘Cosmos’ walked together with their arms wrapped around each other.

They were spotted smiling just weeks after going public with their romance.

Ivana Knoll shines even after the World Cup

The star of ‘Gangsta’s Paradise’, Coolio passed away at the age of 59