HomeSportsInter demand the sale of Milan Skiriniar at all costs
Sports

Inter demand the sale of Milan Skiriniar at all costs 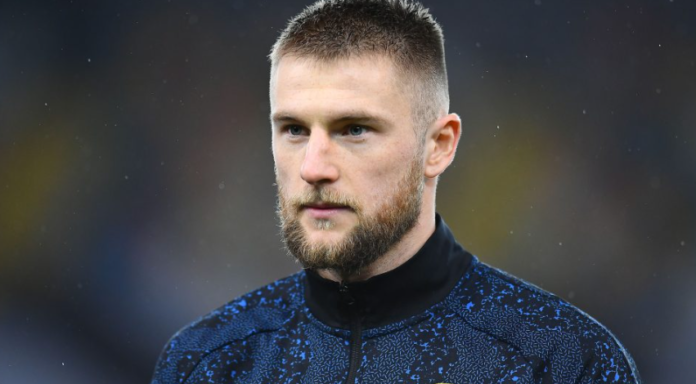 Inter managers are unhappy with Milan Skriniar after recent actions and now they hope to sell the defender to Paris Saint-Germain this month. The agent of the 27-year-old Slovakian centre-back, Roberto Sistici, recently discussed the client’s contract situation with the media. of his, emphasizing how the club put the player on the market during the summer and confirming ongoing talks with interested teams, including PSG, reports GazetaBlic Sport.
Unfortunately for Skriniar, the timing of this interview proved disastrous as it came out at the same time he was sent off in Inter’s shock 1-0 defeat to Empoli, putting him in the spotlight for all the wrong reasons.

As reported by La Gazzetta dello Sport, Inter were not impressed with Sistici’s comments and Skriniar’s recent behaviour, so they have decided to try to sell him to PSG in this month’s transfer window.
The Nerazzurri are willing to accept around 20 million euros for the Slovakian defender, well below the figure of 50 million euros that was shown during the summer. However, the concern is that PSG’s management will simply wait until the summer to sign the 27-year-old on a free transfer.