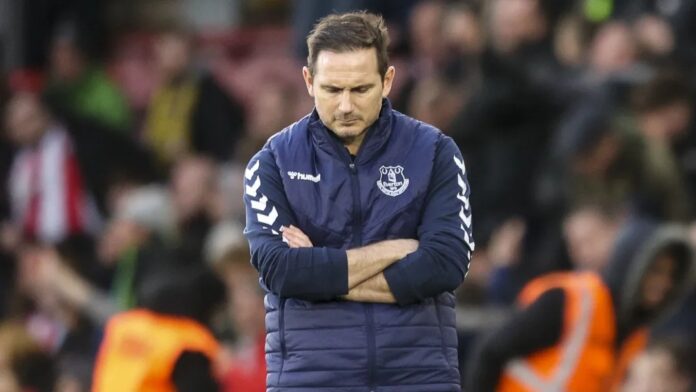 Frank Lampard has been sacked as Everton manager.

Lampard leaves Goodison Park having won just 12 of his 44 games in charge of the English club.

Under Lampard, Everton have conceded 23 defeats, leaving them with a 27 per cent win rate.

Everton after 20 games is ranked 19th with 15 accumulated points.