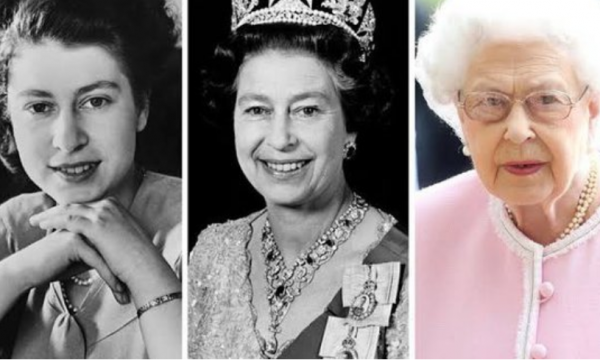 Queen Elizabeth lived a life full of challenges. Where she thought the throne was something that was definitely not hers, her father became king and she prepared for the succession. Where she thought she would live a life without scandals, some of her children got divorced, some got involved in trafficking cases like Prince Andrew, but even remarried, but because of her position she stopped something like that. She wanted her grandchildren to always be by her side and yet Harry abandoned her for a “more normal” life. Queen Elizabeth died but left behind an imaginary life.

Queen Elizabeth, despite the vicissitudes of her life and turmoil, was the one who steadily held the helm of her family and of Britain for 70 years, even if the latter did so without being allowed to express herself politically only with prestige and the decorative value of its role.

Queen Elizabeth was born in a house in London

She may have become queen, but Elizabeth was not born in a palace. She was born in a house in Mayfair, a good neighborhood of London. The house where the first child of the then Duke and Duchess, later King George and the Queen, was born was at 17 Bruton Street. This house belonged to her maternal grandparents and was finally demolished in 1937. Now an office building stands in its place, with a Chinese restaurant next to it.

Everyone talked about her sense of humor

Queen Elizabeth may have been in office, but she never lost her sense of humor. Shortly before her death was announced, a BBC journalist recounted the moment she had met an American tourist in Buckingham Gardens, where she was walking in her headscarf and none of the sights we were used to seeing. The reporter asked her if she had ever met the Queen, and Elizabeth replied, pointing to the man accompanying her: “I haven’t met her, but he has.”

Prince Harry has spoken many times even after leaving Britain and his role as a working member of the royal family about her sense of humor which brought them together and which for him was her best feature. She was also a very good mimic by the general admission of those who knew her.

She may have been born on April 21, 1926, but their many celebrations can confuse anyone. There was no set date for her official birthday. They were celebrated either on the first, second or third Saturday of June and the date was set each time by the government.

In Australia they celebrated their birthday on the second Monday of June, while in Canada on the Monday closest to May 24, Queen Victoria’s birthday.

In Australia they celebrated their birthday on the second Monday of June, while in Canada on the Monday closest to May 24, Queen Victoria’s birthday.

Before her there were princesses who had served honorably as army generals, but Queen Elizabeth took a more active role in the armed forces during World War II. In 1945 she even learned to drive military vehicles and served in the women’s division of the British Army. On the day Europe celebrated victory over Nazism in the Second World War, Queen Elizabeth took to the streets of London to celebrate, dressed in her military uniform. After all, she was the monarch, who as queen is the head of the armed forces.

In 1947, the future Queen Elizabeth undertook her first tour of South Africa and Zimbabwe, with her parents and younger sister, Princess Margaret. She celebrated her 21st birthday in Cape Town and in a radio message to the people of the Commonwealth promised to dedicate her life to the service of the public interest.

Queen Elizabeth received more than 2,500 wedding gifts when she married Prince Philip in 1947

After she became engaged to Prince Philip on July 9, 1947, wedding guests as well as members of the public were invited by the palace to begin sending wedding gifts to celebrate. Canadian Prime Minister William Lyon Mackenzie King sent silver antiques and a coat as official Canadian wedding gifts.

Citizens from all over the world sent her canned food as World War II was still very recent and food shortages were considerable and tight. Prince Philip and the King